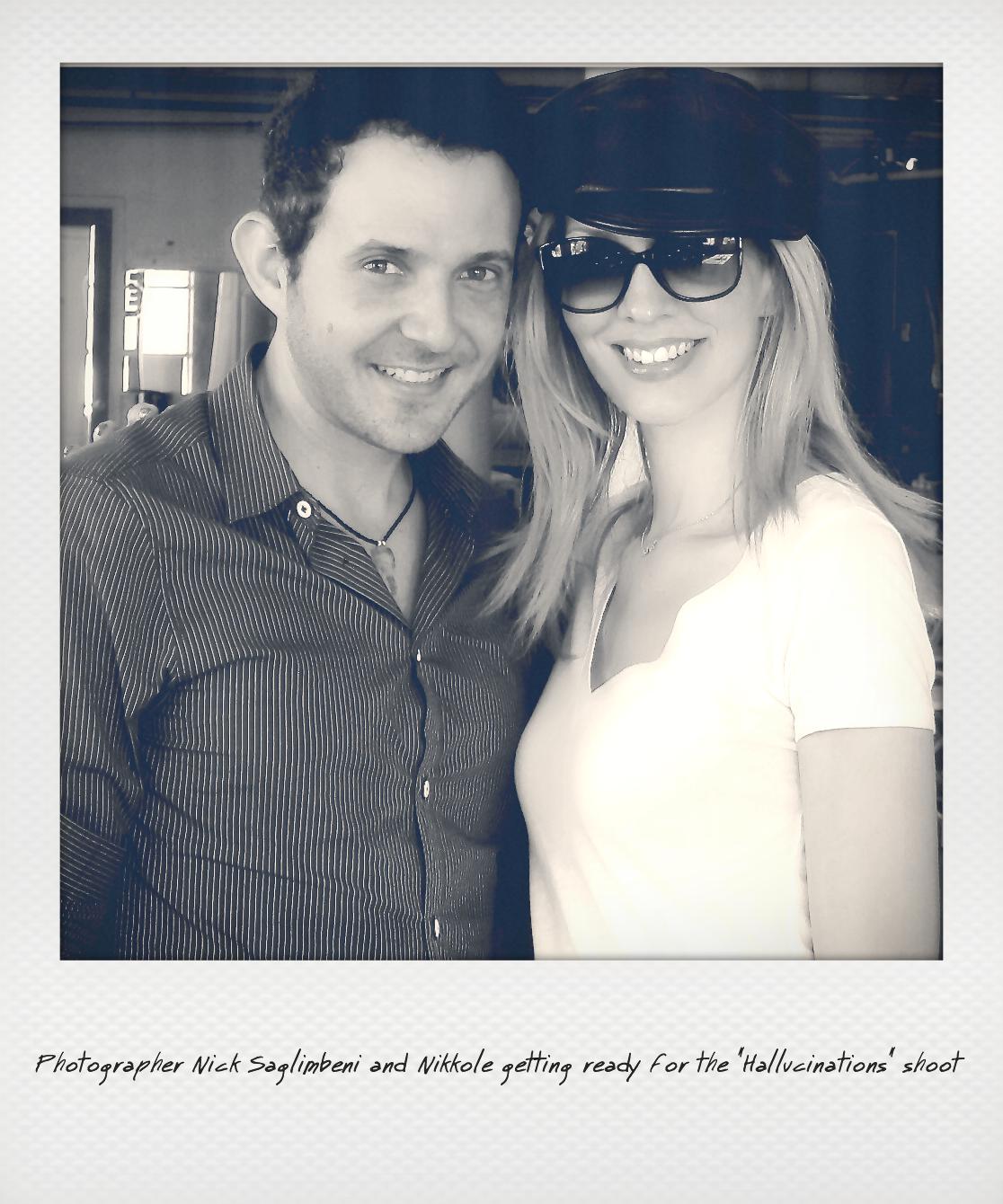 Nikkole’s brand new breakthrough album “Hallucinations” is sizzling, pleasurable and imaginative.  It displays sides of the singer that her audience has never before seen.  It is a complete departure from her previous releases in every aspect as Nikkole shows us just how impressive she is by delivering a powerful new look and sound.   She knew from the onset of this new album that she wanted to raise the bar musically, perceptibly and visually.  The singer said “When I write or sing a song, I definitely have the image for the cover and video in my mind. I can see how I’ll look, even before anyone has heard the song.  Once I saw the images that Nick Saglimbeni had captured during his career, I knew that we were destined to work together on my new album ‘Hallucinations’.  Nick photographs in a cinematic fashion that captures the emotion of each moment and reflects the vision of my album”.  Nick Saglimbeni has won several awards as a photographer and worked with numerous celebrity clients such as: Miley Cyrus, Kim Kardashian, T.I, Kendall and Kylie Jenner, but that’s not what sold the beautiful singer on working with him, it was his eye for capturing the spirit of the artist in a way that everyone can relate to.

Nikkole said, “In my photos I always want to be a powerful and strong woman. That is my mission.”